We recently incorporated a novelty, to the Product Catalogue of macchinine, that has been well accepted by our customers: The mechanical models by UGEARS. They are wooden model kits really astonishing.

macchinine has been the first Spanish store where these products have been commercialized. The first units arrived right on time to be bought by customers as Christmas presents, and they were a pleasant surprise for we both. We’re convinced that UGEARS models will last long time as part of our stock.

We interview Iryna and Lyubomyr Havrylyshyn, the representatives of UGEARS in the territory of Spain, to know more about these witty products.

UGEARS is an Ukrainian start-up company founded in 2014, located near the city of Kiev, dedicated to manufacture wooden mechanical models. Today we have a team of more than 30 enthusiastic people working on this project. Work is a pleasure for them. They invest their creativity and love in their craft, which you receive in each of the models.

Denys Okhrimenko and his UGEARS team

How did you arrive from an idea to a project with that amount of people involved?

All the idea and inventions belong to Denys Okhrimenko, the founder of the project, that prior had participated in other projects, trying to implement his ideas. The second important step was the accession of Genadiy Shestak, who became the co owner and the main investor of the most part of projects (models) realised. And the third step was Kickstarter, which we used as crowdfunding platform for our two new models to be created. That allowed us to gather founds enough to go on with this adventure. UGEARS has a list of ideas to develop and we are convinced that crowdfunding is the best way to expand general interest in innovative products.

What are the characteristics of these models?

First of all, our models are made of high-quality, environmentally friendly, plywood. Some models use already existent mechanisms, while others work with our own ideas.

The products come in plywood boards, and all the parts have been cut with high precision laser, except in some small points that keep them stuck to the board. They must be released with a little manual pressure, and they are ready to assemble.

The mechanisms are assembled part by part with easy assembling methods, where no glue is needed. Some of the assembling ways have been invented and patented by UGEARS.

Are all the components made in wood?

Almost all of them. In some models we add rubber bands, which function is to give traction or energy, needed to move the mechanisms

And what does the customer find when buying a UGEARS model?

They get many things, actually. Each UGEARS model is much more than an engineering element; it’s an entertainment itself, because each one has to be assembled piece by piece. It’s also an incursion into engineering, because the customer repeats our designer’s creation process while assembling each part, each gear, until finishing the complete model. In addition they get the excitement of the final result, motion models assembled by the customer. To be the first one seeing them moving it’s a great feeling.

UGEARS - is entertainment for the whole family

An important aspect of our models is that they are suitable to be assembled in family, so they become a way to share some fun time together, parents and kids, meanwhile all of them learn some basic concepts about engineering. Finally, each model can be used as an ornamental item.

It’s very interesting what you said about no glue assembling. Can you give us more details about this system?

UGEARS have gears, wheels, brackets and fixing parts all made in wood. The shafts and fastenings between parts are just standard toothpicks. The parts of the structure are fixed with wooden rivets and latches. This allows all the parts and mechanisms to be assembled and disassembled without any problem. To reach this, we had to invent tricks and imaginative and useful solutions. It must be kept in mind that it’s about to turn flat elements into three-dimensional mechanisms. Due to the nature of the elements used we were limited regarding the shapes and connecting methods we could use. We had to deal with real problems, designing apparently simple parts, to advance towards the achievement of the final model. The models are composed by simple gearing as gears, ratchets, pendulums, flywheels, leverage mechanisms, transmission belts, Geneva-drives, wooden bearings and pneumatic systems. Sometimes a lot of months of cutting, assembling and testing were needed to get the accurate part.

Considering that, how much time it takes to complete the design of a new model, since the original idea to the market launch?

A model design can take between two and six months. Although a raw model can be quickly produced, the improvements, adjusting and innovations need their time. It must be kept in mind that the laser cutting must be adjusted with the maximum precision level. The margin of error cannot be over +/- 0.1 mm.

We also depend on the number of parts needed for each model. Some of them are composed of more than 500 pieces. The design on every particular part, and also regarding a further perfect assembling, must not be taken lightly and, of course, needs an important dedication in terms of time.

The design of a model

How many different models available do you have?

Well, our ideas’ list is up to more than one hundred!

At this moment we have models available that are very different between them that are very attractive: Steam Locomotive, Tractor, Chronometer, Dynamometer, Trailer, Tram, Mechanical Theatre, Mechanical box, Engine and Safe.

We like to remark some details of those models, as the “engine”, that runs using a slight air pressure. It can be provided by blowing directly through the mouthpiece or applying the balloon included in the set. It’s very curious the way how this pneumatic engine, composed by wooden parts assembled using no glue, works perfectly moved by the air flowing through it.

The tram is a very romantic element, and the safe is a real engineering challenge that works with a coded lock of three figures.

Which are the next products to be available?

There are some UGEARS models that will be available soon.

The first one will be a locomotive with tender, with rails and a platform. It all can be bought separately. This is one of our most challenging models that we participated in Kickstarter. With this model you will discover a real locomotive in a real train station. We have even settled a little rat under the platform to make the right feeling.

Another one, also from Kickstarter, is our new “Truck UGM-11”. A truck model which take you back to the past century. It also will amaze you with its speed!

And a little of romance with a “Lotus Flower” – our latest creation.

All the new models will be available this year, hopefully in a very sort time. The moment they are realized we shall be happy to provide them to our colleagues of macchinine.

UGEARS in your hands

When Iryna and Lyubomyr talk about UGEARS, a feeling is floating around: Excitement. It isn’t surprising. When you have an UGEARS model in your hands and you see it working, after assembling, you are invaded with a feeling of proud, knowledge acquired, and enjoyment; that are unique. It’s quite easy to understand the emotion felt by the creators and team members of UGEARS when they see their idea and projects became real so successfully. We are sure their products will be a hit in the Spanish market and, in macchinine, we share a bit of that excitement, after being the first store where this incredible models where available. 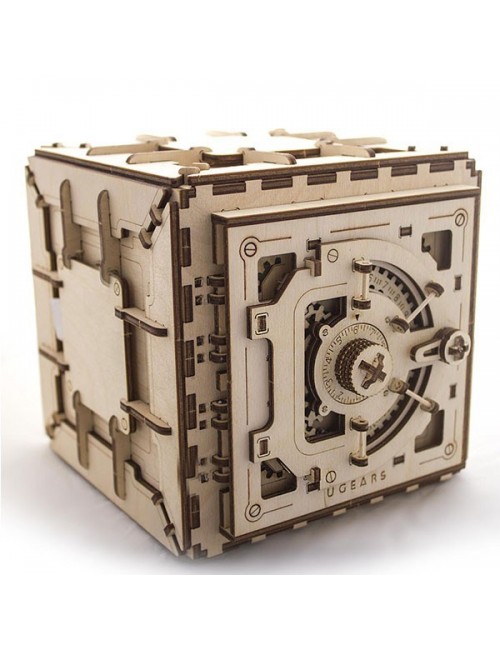 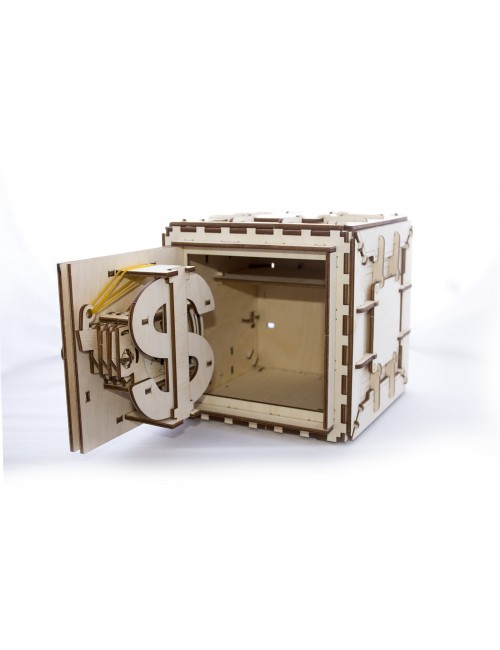 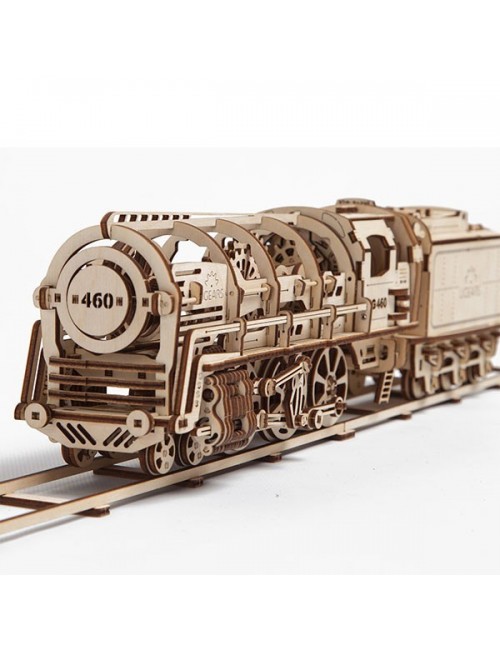 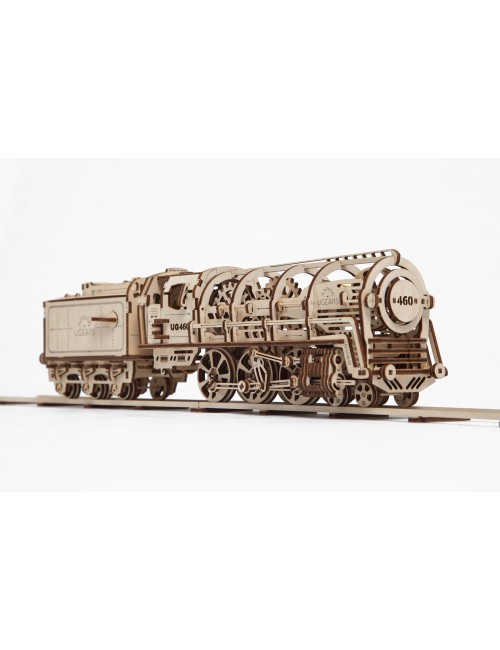 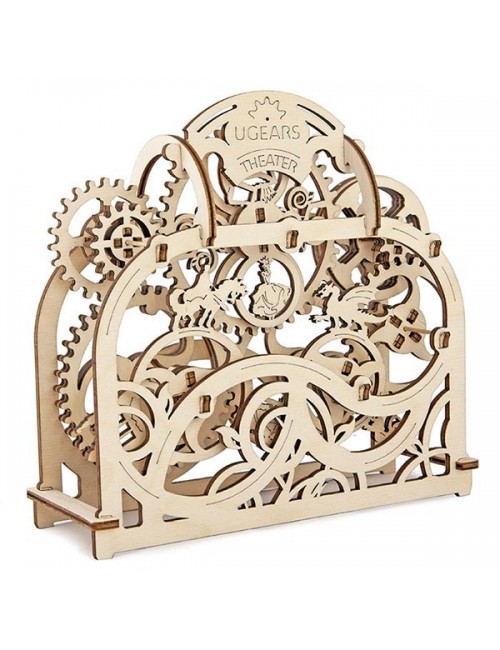 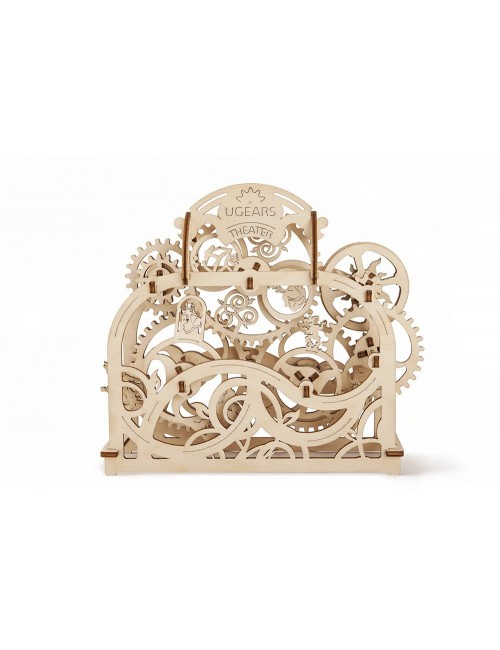